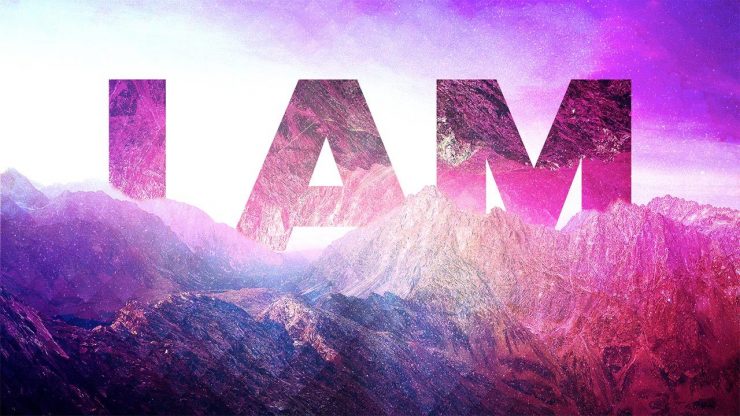 Before we get into the controversial claim that Jesus is God let us get the easy bits out of the way.
The following two point are generally accepted without much dispute or argument:

⇒ Jesus was a good man and a great teacher with exceptional wisdom.

⇒ Jesus was a historical person who walked this earth 2000 years ago.

The major point of contention is whether Jesus is God or just a man. Depending on the answer people fall in one of the following two groups:

A) People who claim that Jesus is God

Christians who use the Bible as their primary source to claim that Jesus is God.

B) People who claims that Jesus is just a man.

One example is Bart Ehrman. He claims to be an agnostic (A person who doesn’t know if God exists) but yet has spent most of his career attempting to prove that Jesus is not God.

⇒ Jehovah’s Witnesses:
They believe that Jesus is God’s first creation and therefore a created being and not God.

⇒ New Agers/Other eastern religions:
They believe that Jesus was a highly enlightened and spiritually advanced human being.

⇒ Muslims:
They believe that Jesus was a messenger and a prophet of God, a great man but just human.

Whose view is correct?

The simplest answer would be to just ask Jesus himself. Unfortunately since we cant do that the next best thing is to read what people who met Jesus wrote about him.

In this article we will see the top 16 ways in which Jesus told us He is God.

1. Jesus calls Himself the Almighty

I am Alpha and Omega, the beginning and the ending, saith the Lord, which is, and which was, and which is to come, the Almighty.
Revelation 1:8

2. Jesus calls himself the Lord of the Sabbath

Therefore the Son of man is Lord also of the sabbath.
Mark 2:28

For the Son of man is Lord even of the sabbath day.
Matthew 12:8

And he said unto them, That the Son of man is Lord also of the sabbath.
Luke 6:5

But the seventh day is the sabbath of the Lord thy God: in it thou shalt not do any work, thou, nor thy son, nor thy daughter, thy manservant, nor thy maidservant, nor thy cattle, nor thy stranger that is within thy gates
Exodus 20:10

Speak thou also unto the children of Israel, saying, Verily my sabbaths ye shall keep: for it is a sign between me and you throughout your generations; that ye may know that I am the Lord that doth sanctify you.
Exodus 31:13

If thou turn away thy foot from the sabbath, from doing thy pleasure on my holy day; and call the sabbath a delight, the holy of the Lord, honourable; and shalt honour him, not doing thine own ways, nor finding thine own pleasure, nor speaking thine own words:
Isaiah 58:13

Then the Jews took up stones again to stone him.
Jesus answered them, Many good works have I shewed you from my Father; for which of those works do ye stone me?
The Jews answered him, saying, For a good work we stone thee not; but for blasphemy; and because that thou, being a man, makest thyself God.
John 10:31-33

3. Jesus calls himself Master and Lord:

Ye call me Master and Lord: and ye say well; for so I am.
If I then, your Lord (kyrios) and Master (didaskalos), have washed your feet; ye also ought to wash one another’s feet.
John 13:13-14

Master is a title which can apply to any human who can teach. Here Jesus is called teacher because he was well acquainted with scriptures and would go about teaching and expounding its meaning to his followers and disciples.

Lord in this context cannot mean an earthly title because Jesus was not a rich man with slaves and servants neither was he an earthly king. The only context in which Jesus could call himself Lord was if he is claiming to be God and Creator of his disciples.

4. Did Jesus ask others to worshiped Him as God?

The oxford dictionary defines worship as: The feeling or expression of reverence and adoration for a deity.

Worshiping God means giving glory, honour and praise due only to God and to no other being.

The word honor is defined by webster dictionary of 1828 as Reverence; veneration; or any act by which reverence and submission are expressed, as worship paid to the Supreme Being.

Another passage where Jesus uses the word timao in the context of worshiping God is:

He answered and said unto them, Well hath Esaias prophesied of you hypocrites, as it is written, This people honoureth me with their lips, but their heart is far from me.
Mark 7:6

Wherefore the Lord said, Forasmuch as this people draw near me with their mouth, and with their lips do honour (kabad) me, but have removed their heart far from me, and their fear toward me is taught by the precept of men:
Isa 29:13

The word honour in Hebrew is kabad which means: To praise; to magnify and honor in worship; to ascribe honor to, in thought or words.

Honor can also mean to give respect to someone who is above you but Jesus is clearly using this in the context of worshiping God. Lets notice a few things about this passage:

– Jesus says that all men should honour him just as they honour the father.

– Jesus is clearly equating himself equal to the Father.

Note what He says, He says that all men should honour him just as they honour the Father.
Question is how do you honor the Father? The answer is by worshiping Him, giving Him Praise and calling Him God.
If Jesus is just a man how can He ever ask to be worshiped just as God should be worshiped.

You should have absolutely no doubt that Jesus demanded worship and praise due only to God. Jesus famously claimed:

Divine attributes are qualities or characteristics which only God can claim. No created being can make claims such as all powerful,all knowing,present in multiple places at the same time,self existent,eternal,Holy, power to forgive sins, power to answer prayers, etc.

5. Jesus claimed to be all powerful

And Jesus came and spake unto them, saying, All power is given unto me in heaven and in earth.
Matthew 28:18

Then answered Jesus and said unto them, Verily, verily, I say unto you, The Son can do nothing of himself, but what he seeth the Father do: for what things soever he doeth, these also doeth the Son likewise.
John 5:9

6. Jesus claimed to know all things

27 All things have been handed over to Me by My Father; and no one knows the Son except the Father; nor does anyone know the Father except the Son, and anyone to whom the Son wills to reveal Him.
Matthew 11:27

But he knew their thoughts, and said to the man which had the withered hand, Rise up, and stand forth in the midst. And he arose and stood forth.
Luke 6:8

7. Jesus claimed to be present in multiple places at the same time

For where two or three are gathered together in my name, there am I in the midst of them.
Matthew 18:20

8. Jesus claimed Aseity or Self existence

By definition aseity means: existence originating from and having no source other than itself and self existent means: existing independently of any cause, as God.

Your father Abraham rejoiced to see my day: and he saw it, and was glad.
Then said the Jews unto him, Thou art not yet fifty years old, and hast thou seen Abraham?
Jesus said unto them, Verily, verily, I say unto you, Before Abraham was, I am.
John 8:56-58

Jesus is self-existent. This means that He had no creator, but has always existed, unchanging, from before time until after its end.

For as the Father raiseth up the dead, and quickeneth them; even so the Son quickeneth whom he will.
John 5:21

Quickeneth is the greek word zōopoieō which means: to cause to live, make alive, give life

10. The voice of Jesus has the power to raise the dead on  judgment day


Verily, verily, I say unto you, The hour is coming, and now is, when the dead shall hear the voice of the Son of God: and they that hear shall live.
For as the Father hath life in himself; so hath he given to the Son to have life in himself;
And hath given him authority to execute judgment also, because he is the Son of man.
Marvel not at this: for the hour is coming, in the which all that are in the graves shall hear his voice,
And shall come forth; they that have done good, unto the resurrection of life; and they that have done evil, unto the resurrection of damnation.
John 5:25-29

For the Father judgeth no man, but hath committed all judgment unto the Son
John 5:22

12. Jesus is the rewarder of the after life

And, behold, I come quickly; and my reward is with me, to give every man according as his work shall be.
Revelation 22:12

13. Jesus claimed to be Eternal

I am Alpha and Omega, the beginning and the ending, saith the Lord, which is, and which was, and which is to come, the Almighty.
Revelation 1:8

14. Jesus claimed to be Holy

But I say unto you, That in this place is one greater than the temple.
Matthew 12:6

And let them make me a sanctuary; that I may dwell among them.
Exodus 25:8

During the old testament period there was  no piece of land which was more holier or greater than the most holy place in the temple because this was where God’s glory would come down and fill the temple. No one was allowed to go into the most holy place except the High Priest and that too only once in a year on the Day of Atonement. If anyone did enter they would be struck dead by the holiness of God’s glory.

Now imagine that Jesus is saying He is greater than the temple itself, only God could say this and not a mere human!

16. Jesus said he has the power to forgive sins

But that ye may know that the Son of man hath power on earth to forgive sins
Mark 2:10

that ye may know that the Son of man hath power on earth to forgive sins
Matthew 9:6