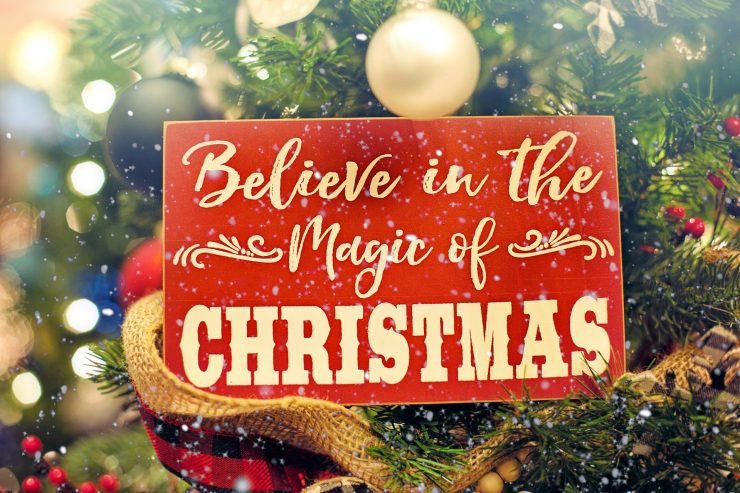 Home » Christmas – Favourite Time Of The Year For Shopping
Pagan

Christmas – Favourite Time Of The Year For Shopping

Gift-giving, partying and attractive decorations are a long-standing tradition of Christmas. Merry-making festivities such as Christmas parties, Wassailing, Christmas Carols, decorating Christmas trees, burning Yule logs, kissing under Mistletoes, The colors of Christmas, Santa Claus, etc were slowly infused into Christmas with many of these practices already present right at the outset when Christmas was introduced into Christianity in 336 A.D. by Constatine and the Chuch of Rome. (A.K.A. the Catholic Church).

This is because Christmas was not a new festival but rather a rehash of more ancient pagan customs celebrated throughout the Roman Empire, the most popular being Saturnalia.

Why is Christmas so popular?

Christmas is a unique festival because it has so many wide-ranging traditions, customs and fun activities that appeal to all age groups. Christmas Shopping is one of the most popular activities which draws large crowds of people to shop both online and in stores, leading to heightened economic activity.

The popularity of Christmas has grown leaps and bounds over the past few decades as an increasing number of countries and societies have embraced the idea of merrymaking, shopping, fun-filled parties and decorations during winter!

More than 160 countries in this world either celebrate Christmas or declare it as an official holiday. This is clearly seen in the above map which is mostly red.

Christmas is known as a season of shopping and splurging money on extravagant gifts for families and friends. This practice of gifting presents is especially aimed at pampering children with expensive gifts. High street shops and online retailers fuel this Christmas shopping frenzy by putting considerable marketing efforts to entice people to spend more on Christmas merchandise and other consumables.

The idea of gifting people during Christmas is so widespread that it has become an essential part of the social fabric. Christmas is a peak shopping holiday and it is no surprise that it is the busiest and most profitable time of the year for retailers, brands and the food industry. People spend huge amounts of money on things ranging from decorations to presents, to parties.

According to eMarketer, 2019 is going to be the first-ever $1 trillion holiday season for the US retails sales. [1]

The below chart tracks monthly sales in the UK between 2014-2019. It clearly shows that the biggest peaks in retail sales happen during the Christmas period. [2]

Average estimated expenditure on Christmas celebrations in various countries for 2019

In UK and USA

The number of natural Christmas trees consumed each year

The amount of wrapping paper thrown during Christmas

Its a day dedicated for shopping as all stores and brands offer huge discounts on wide-ranging products from electronics to perfumes to clothes. In the UK alone, 28 million shoppers spend record-breaking figures to the tunes of billions of pounds on Boxing Day.

Since it is a national holiday, most people embark on a shopping frenzy. A majority of stores open their doors at 6 am with shoppers camping outside stores as early as 2 am. As soon as stores open, huge mobs of eager shoppers raid shelves and racks in order to snap deals on items whose prices are often slashed by as much as 70%.

It is not uncommon to hear reports of fightings and stampedes as people become desperate to lay their hands on early bird discounts. Mobs of people often with zombie-like behavior move across town centers to feed their neurotic addictions for shopping.

The irresponsible behavior of people and retailers during the Christmas period exposes the evils of excessive consumerism. It unmasks everything that is wrong with the world today. It lays bare the selfishness, obsession, and vanity of the human heart. As the earth and fellow human beings suffer, people, continue to satiate their egos and materialistic desires. This attitude is so far removed from the True Message of the Gospel.

The Selfish Spirit Of Christmas

Various statistics from across the world consistently show that the Christmas holidays has a selfish and wasteful side to it. Countries that celebrate the Christmas season waste nearly 25% more food than at other times! For instance, in the United Kingdom alone approximately two million turkeys, 4.2 million meals and 17.2 million brussel sprouts are binned each year. The United States doesn’t fare any better with the Department of Agriculture estimating that nearly 40% of food produced never gets eaten with millions of pounds of food ending up in landfills to rot.

This is a huge scandal and a wordwide endemic which is totally unacceptable given the fact that around 821 million people sleep hungry every day. According to The Food and Agriculture Organization of the United Nations (FAO) around 25,000 people die every day because of hunger. Thats 9.1 million people a year! This includes 3.1 million children under the age of 5 who die due to starvation. Thats 8500 children a year!

According to FAO,the global hunger problem could be solved with just $30 billion annually. That works out to just $4.30 per person. The top 10 countries of the world spend an average of over $500 per person annually on Christmas gifts, cards, decorations and food which end up in the bin. In the United States alone people will spend $1 trillion this Christmas. This money alone could feed the hungry of the world for 33 years!

And if this was not enough, please consider the environmental cost of Christmas. In just the UK alone 1 billion Christmas cards end up in the trash after Christmas. 83 square km of wrapping paper, 125,000 tonnes of plastic packaging and 6 million Christmas trees will be thrown away.

This excessiveness and over indulgence of Christmas has a drastic and lasting effect on the Climate. With carbon emissions and plastic pollution at a record breaking level, it would bode well to tone down on the frivolous spirit of Christmas.

Jesus was not born in a golden crib in some kingly palace. He was born in a manger, to a poor family who didnt even have money to rent a room. Even as an adult He did not desire a selfish and materialistic life but instead spent His time making the life of others better and especially helping out the poor.


The only thing common between Christ and Christmas is that they share the same name. Christmas is a celebration of selfishness and self gratification. If people really understood the true meaning of the birth of Jesus, they would abandon this sick and selfish pagan festival of Christmas and help make this world a better place to live.

The History Of Halloween