Unlocking Secrets From The Bible 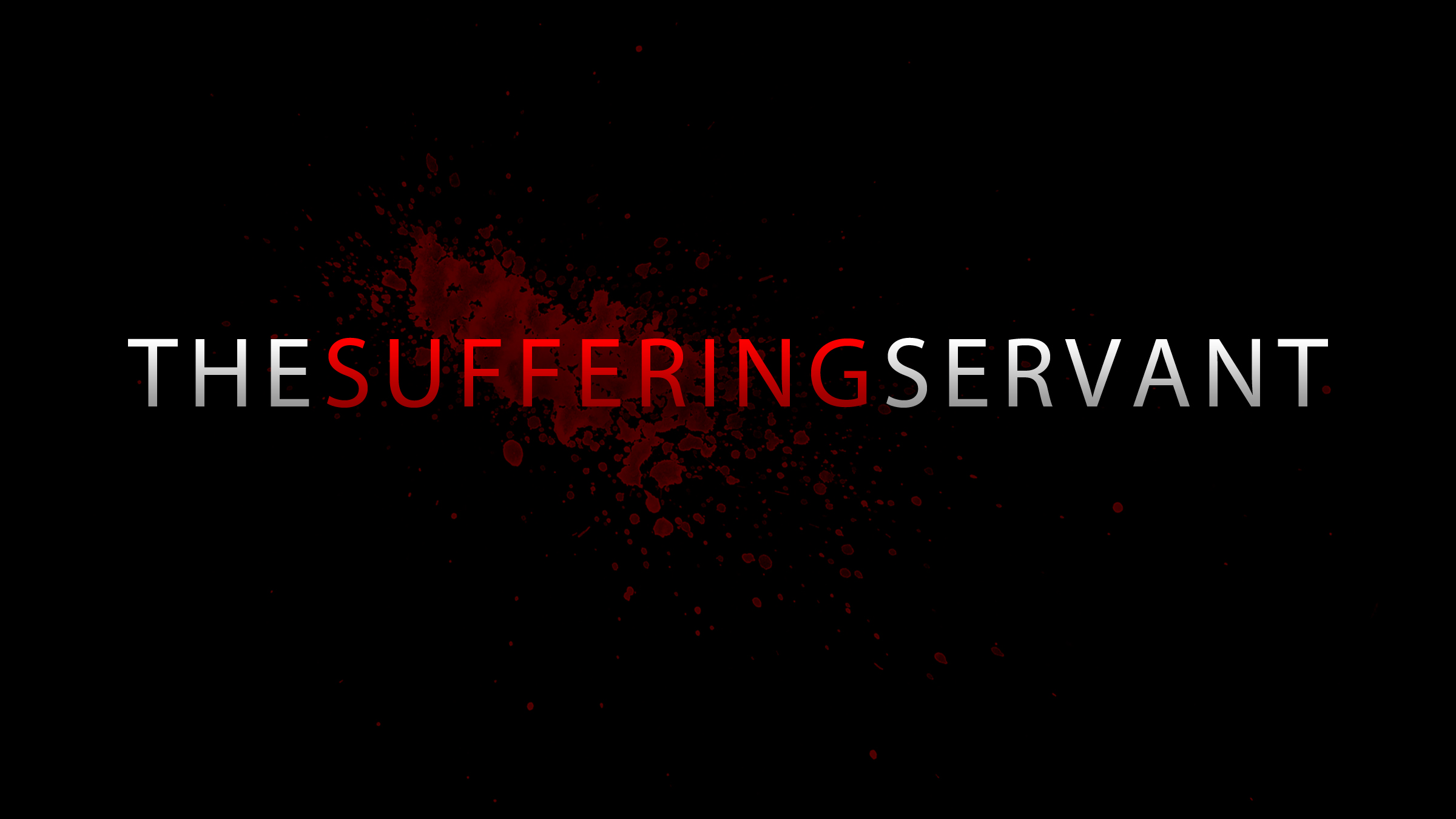 700 years before Jesus, the prophet Isaiah prophesied the prophecy of the suffering servant in vivid detail the mission and purpose of the Messiah on this earth.
What sets the Bible apart from other religious books is that it contains thousands of prophecies. Since Jesus is the central figure of the Bible it should come as no surprise that a majority of prophecies talk about Jesus. Today we are going to look at Isaiah 53 which I call as the prophetic chapter. This chapter contains 12 verses each of which specify in great detail things pertaining to Jesus.

This chapter is so incredibly accurate in pinpointing the purpose of Jesus’s life and death with such high degree of detail that if it would have been moved into one of the four new testament Gospels no one would have batted an eye!

Was Isaiah 53 written before or after Jesus?

Anyone who has read Isaiah 53 and who knows about the life of Jesus will definitely see a link between the two.
Some people are left scratching their heads wondering in amazement how can someone so accurately describe events hundreds of years in advance.
There will be some who wonder if the book of Isaiah was written much after the time of Jesus.
However there is no reason to guess because we have the dead sea scrolls which contain the entire book of Isaiah including the 53rd chapter which archaeologists and scientists confirm to date back hundreds of years before the time of Jesus.

You can read more about the dead sea scrolls here.

Summary: This prophecy describes in great detail the life of the Messiah, His role as the suffering servant, His obedience to the Father, His righteousness, His death to pay as a penalty for our sins and finally His resurrection.

1.  Prophecy: Messiah would be rejected

Who hath believed our report? and to whom is the arm of the Lord revealed?
Isaiah 53:1

37 But though he had done so many miracles before them, yet they believed not on him:

38 That the saying of Esaias the prophet might be fulfilled, which he spake, Lord, who hath believed our report? and to whom hath the arm of the Lord been revealed?
John 12:37-38

2. Prophecy: Messiah would come as a poor humble human being

2 For he shall grow up before him as a tender plant, and as a root out of a dry ground: he hath no form nor comeliness; and when we shall see him, there is no beauty that we should desire him.
Isaiah 53:2

55 Is not this the carpenter’s son? is not his mother called Mary? and his brethren, James, and Joses, and Simon, and Judas?
Matthew 13:55

45 Philip findeth Nathanael, and saith unto him, We have found him, of whom Moses in the law, and the prophets, did write, Jesus of Nazareth, the son of Joseph.

46 And Nathanael said unto him, Can there any good thing come out of Nazareth? Philip saith unto him, Come and see.
John 1:45-46

58 And Jesus said unto him, Foxes have holes, and birds of the air have nests; but the Son of man hath not where to lay his head.
Luke 9:58

3. Prophecy: Messiah would be hated

3 He is despised and rejected of men; a man of sorrows, and acquainted with grief: and we hid as it were our faces from him; he was despised, and we esteemed him not.
Isaiah 53:3

After these things Jesus walked in Galilee: for he would not walk in Jewry, because the Jews sought to kill him.
John 7:1

4. Prophecy: Messiah would care and heal but people would misunderstand Him

4 Surely he hath borne our griefs, and carried our sorrows: yet we did esteem him stricken, smitten of God, and afflicted.
Isaiah 53:4

16 When the even was come, they brought unto him many that were possessed with devils: and he cast out the spirits with his word, and healed all that were sick:

17 That it might be fulfilled which was spoken by Esaias the prophet, saying, Himself took our infirmities, and bare our sicknesses.
Matthew 8:16-17

22 And if a man have committed a sin worthy of death, and he be to be put to death, and thou hang him on a tree:

23 His body shall not remain all night upon the tree, but thou shalt in any wise bury him that day; (for he that is hanged is accursed of God
Deutronomy 21:22-23

29 And when they had fulfilled all that was written of him, they took him down from the tree, and laid him in a sepulchre.
Acts 13:29

13 Christ hath redeemed us from the curse of the law, being made a curse for us: for it is written, Cursed is every one that hangeth on a tree:
Galatians 3:13

5. Prophecy: Messiah would suffer for our sake

5 But he was wounded for our transgressions, he was bruised for our iniquities: the chastisement of our peace was upon him; and with his stripes we are healed.
Isaiah 53:5

And being in an agony he prayed more earnestly: and his sweat was as it were great drops of blood falling down to the ground.
Luke 22:44

26 Then released he Barabbas unto them: and when he had scourged Jesus, he delivered him to be crucified.
Matthew 27:26

18 Behold, we go up to Jerusalem; and the Son of man shall be betrayed unto the chief priests and unto the scribes, and they shall condemn him to death,

19 And shall deliver him to the Gentiles to mock, and to scourge, and to crucify him: and the third day he shall rise again.
Matthew 20:18-19

32 For he shall be delivered unto the Gentiles, and shall be mocked, and spitefully entreated, and spitted on:

6. Prophecy: God would punish the Messiah because of our sins

6 All we like sheep have gone astray; we have turned every one to his own way; and the Lord hath laid on him the iniquity of us all.
Isaiah 53:6

Who his own self bare our sins in his own body on the tree, that we, being dead to sins, should live unto righteousness: by whose stripes ye were healed.

25 For ye were as sheep going astray; but are now returned unto the Shepherd and Bishop of your souls.
1 peter 2:24-25

38 Then saith he unto them, My soul is exceeding sorrowful, even unto death: tarry ye here, and watch with me.

39 And he went a little farther, and fell on his face, and prayed, saying, O my Father, if it be possible, let this cup pass from me: nevertheless not as I will, but as thou wilt.
Matthew 26:38-39

7. Prophecy: Messiah would be tortured but He would not resist

7 He was oppressed, and he was afflicted, yet he opened not his mouth: he is brought as a lamb to the slaughter, and as a sheep before her shearers is dumb, so he openeth not his mouth.
Isaiah 53:7

And the high priest stood up in the midst, and asked Jesus, saying, Answerest thou nothing? what is it which these witness against thee?

64 Ye have heard the blasphemy: what think ye? And they all condemned him to be guilty of death.

65 And some began to spit on him, and to cover his face, and to buffet him, and to say unto him, Prophesy: and the servants did strike him with the palms of their hands.
Mark 14:60,64-65

12 And while He was being accused by the chief priests and elders, He did not answer.
Matthew 27:12

8. Prophecy: Messiah would be killed because of our disobedience

8 He was taken from prison and from judgment: and who shall declare his generation? for he was cut off out of the land of the living: for the transgression of my people was he stricken.
Isaiah 53:8

And when Jesus had cried with a loud voice, he said, Father, into thy hands I commend my spirit: and having said thus, he gave up the ghost.
Luke 23:46

9. Prophecy: Messiah would be buried in a rich man’s grave


9 And he made his grave with the wicked, and with the rich in his death; because he had done no violence, neither was any deceit in his mouth.
Isaiah 53:9

When the even was come, there came a rich man of Arimathaea, named Joseph, who also himself was Jesus’ disciple:

58 He went to Pilate, and begged the body of Jesus. Then Pilate commanded the body to be delivered.

59 And when Joseph had taken the body, he wrapped it in a clean linen cloth,

60 And laid it in his own new tomb, which he had hewn out in the rock: and he rolled a great stone to the door of the sepulchre, and departed.
Matthew 27:57-60

22 Who did no sin, neither was guile found in his mouth:
23 Who, when he was reviled, reviled not again; when he suffered, he threatened not; but committed himself to him that judgeth righteously
1 Peter 2:22-23

10. Prophecy: The Messiah’s life would be an offering for sin


10 Yet it pleased the Lord to bruise him; he hath put him to grief: when thou shalt make his soul an offering for sin, he shall see his seed, he shall prolong his days, and the pleasure of the Lord shall prosper in his hand.
Isaiah 53:9

He that spared not his own Son, but delivered him up for us all, how shall he not with him also freely give us all things?
Romans 8:32

16 For God so loved the world, that he gave his only begotten Son, that whosoever believeth in him should not perish, but have everlasting life.
John 3:16

11. Prophecy: Messiah would be our Saviour because He would make us righteous by taking away our sins

11 He shall see of the travail of his soul, and shall be satisfied: by his knowledge shall my righteous servant justify many; for he shall bear their iniquities.
Isaiah 53:11

So Christ was once offered to bear the sins of many; and unto them that look for him shall he appear the second time without sin unto salvation.
Hebrews 9:28

25 Who was delivered for our offences, and was raised again for our justification.
Romans 4:25

12. Prophecy: Messiah would be killed among sinners

12 Therefore will I divide him a portion with the great, and he shall divide the spoil with the strong; because he hath poured out his soul unto death: and he was numbered with the transgressors; and he bare the sin of many, and made intercession for the transgressors.
Isaiah 53:12

27 And with him they crucify two thieves; the one on his right hand, and the other on his left.

28 And the scripture was fulfilled, which saith, And he was numbered with the transgressors.
Mark 15:27-28

2 And he is the propitiation for our sins: and not for ours only, but also for the sins of the whole world.
1 John 2:2